Twitter users around the world showed solidarity using the #WeNeed177 hashtag, referring to the workers’ demand of US$177per month.

Tens of thousands of workers taking to the streets in Cambodia. #WeNeed177 @adidas @hm @ZARA pic.twitter.com/4DHtCeRv2F

UNI Global Union and IndustriALL Global Union met with the Cambodian Mission in Geneva on September 17th as well. Unions in other garment-producing countries showed solidarity as well; for example, the Frente Social y Sindical Salvadoreño (Salvadoran Union & Social Front) sent a letter of support to the Coalition of Cambodian Apparel Workers Democratic Union (below).

According to Cambodia’s Ministry of Planning, the poverty line in Cambodia is US$120 per month. At US$100 per month, the current industrial minimum wage is a poverty wage, and is only 25% of the Asia Floor Wage calculation for Cambodia.

If the Garment Manufacturers Association in Cambodia has its way, the minimum wage (to be put into place beginning January 2015) is on track to be raised to US$110 per month -- US$10 per month below the government’s own poverty line calculation. It’s critical at this moment that the multinational apparel brands play their part in securing and ensuring, at minimum, the wage level of US$177 per month for the Cambodian garment workers who sew their clothing.

In response to the Day of Action, eight major fashion brands (H&M,  Inditex (Zara), New Look, Next, C&A, N Brown Group, Tchibo, and Primark) wrote to the Cambodian Deputy Prime Minister Keat Chhon and the chairman of the Garment Manufacturers Association of Cambodia claiming to support an unspecified “fair living wage” and to reflect the price increase in the prices they pay to factories.

Head of the labor program at the Community Legal Education Center (CLEC), Tola Moeun, said, “I think at least it’s good the brands said something about the wage, but it’s still not a clear position that the brands will come up with a [deal] with the unions… It seems that the brands are playing a trick again; they kick the ball to the government and GMAC to set the minimum wage,” pointing out the brands’ lack of outreach to unions or factories.

Ath Thorn, president of the Coalition of Cambodia Apparel Worker Democratic Union, C.CAWDU, said: "The message from the brands is an important development. It is progress for Cambodian workers but it doesn't absolve the brands of their responsibility to take real action and negotiate directly with workers. We know from past experience that just a letter isn't strong enough - the brands must take additional action immediately to ensure a higher wage for Cambodian workers. To achieve long-term stability and decent wages, we need the ones who make the biggest profits to be accountable."

Let’s push these brands to pay more voluntarily and immediately! Support Cambodian workers’ demand for US$177 per month! 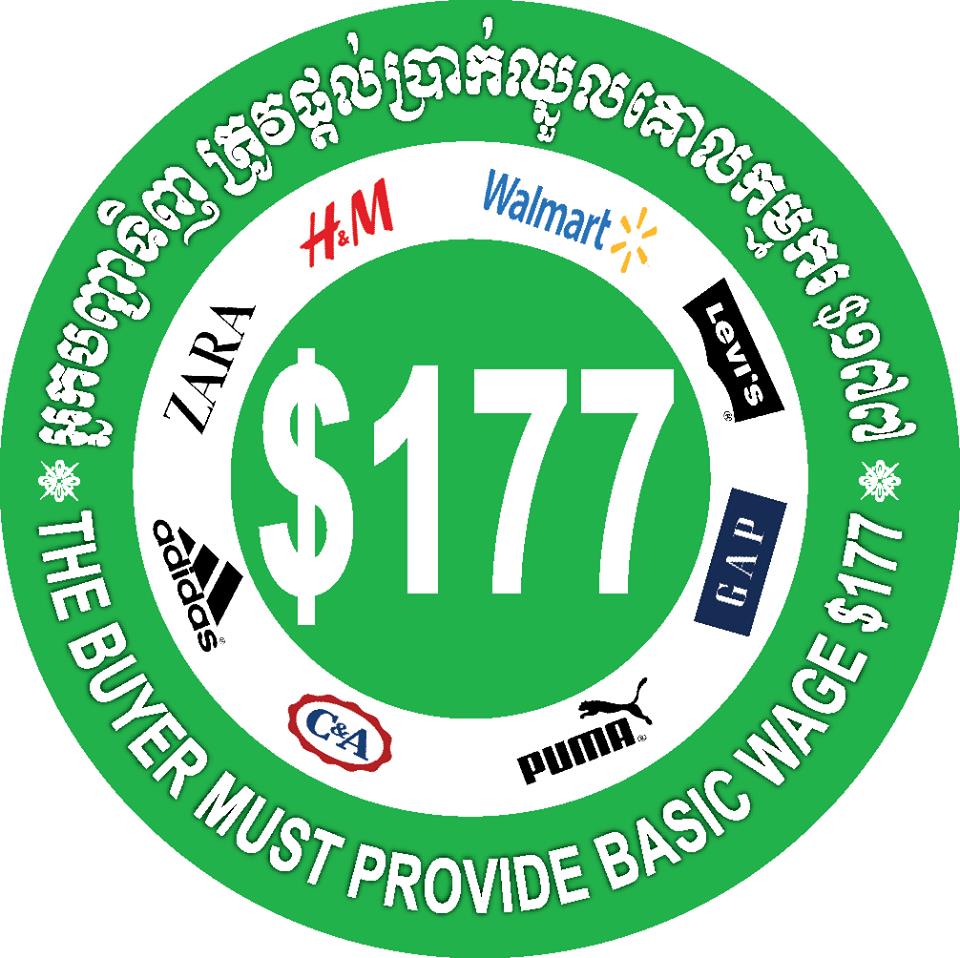 Catherine Cain is a student at Smith College, and a research and organizing assistant at ILRF.