Women make up 40% of the global workforce, yet make less than their male counterparts in every country on Earth.

Women make up a vital part of the economic and social fabric that hold their communities together, yet their work is rarely valued at the same level as men’s work. Much of this has to do with what opportunities are available to them. Women are disproportionately likely to be poor, under-educated, employed in low-wage or unpaid work, and subject to dismissal for getting married or having children. In many industries, female workers are systematically denied their rights to regular pay and regular working hours; equal pay for equal work; permanent contracts; safe and non-hazardous work environments; and freedom of association. Egregious abuses, including sexual violence, harassment, and forced pregnancy tests, are all too common.

Moreover, the social status of women has not opened up at the same pace at which women have been brought into the workplace. They may have increasing opportunities at work, but they are prone to domestic violence and unequal expectations at home. It has become a mantra at development organizations, including the World Bank and United Nations, that investing in women is the best way to improve a range of societal concerns and that women’s full participation in society is a critical factor in economic development.  But, more importantly, women’s rights groups have long recognized that full equality is not possible unless women can speak out for themselves.

ILRF is committed to helping women do just that at work. Browse the links above for more about our programs and partners. 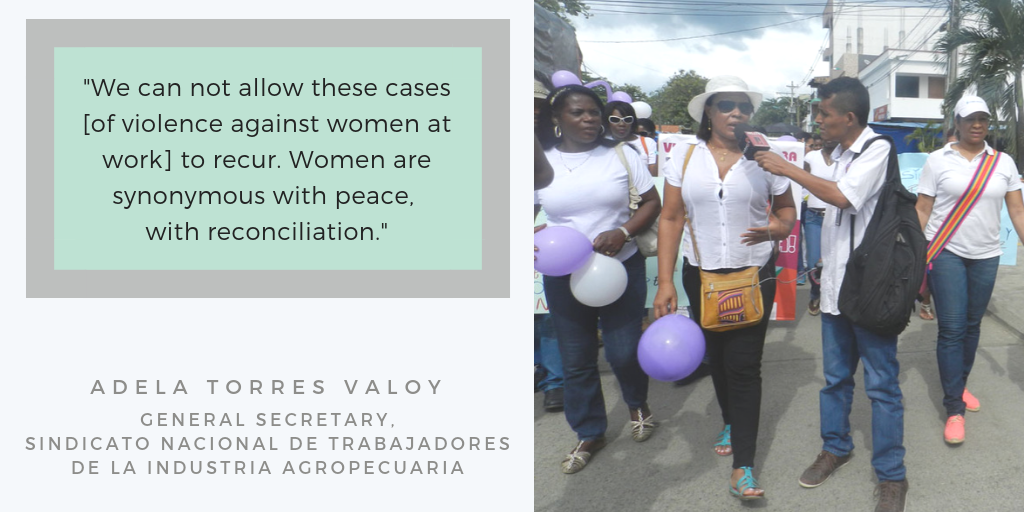 Meet the women at the forefront of the fight for labor rights. Click on any of the four photos below to launch our interactive profiles of a selection of our brave and talented partners.

On International Women's Day 2019, many of our grassroots partners around the world took to the streets to build union power and demand an end to discrimination and violence at work. From Cambodia to Honduras to Bangladesh, our partners led demonstrations to call for an international standard to prevent gender-based violence and support survivors at work. Across the globe, across industries and across generations – union activists and worker center leaders have united behind the push for a strong ILO convention to stop violence at work. 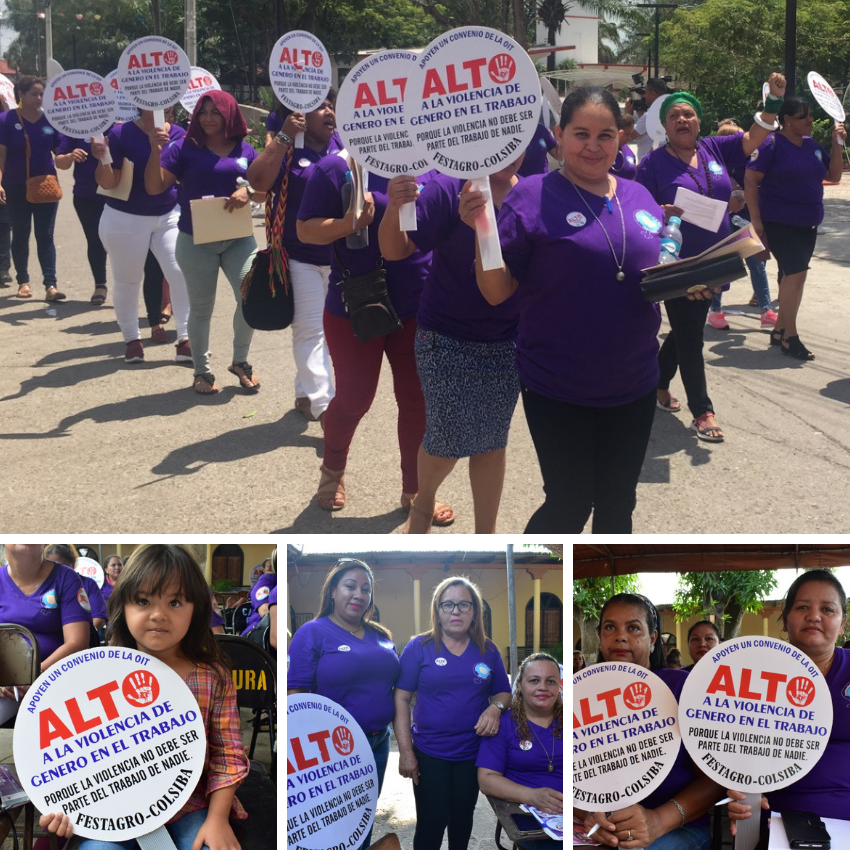 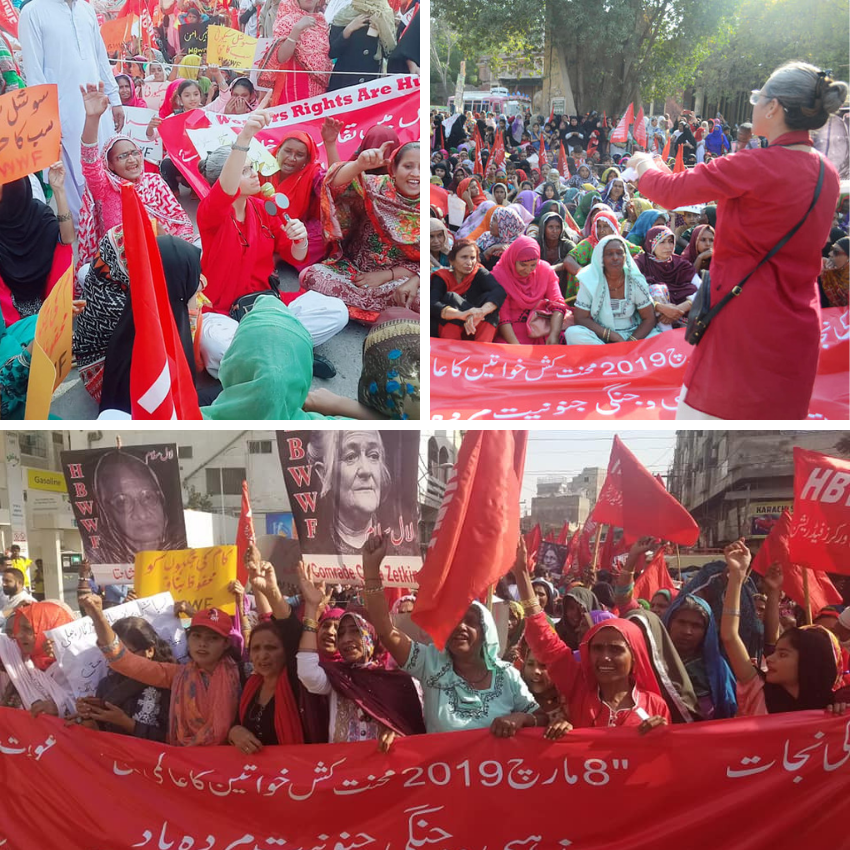 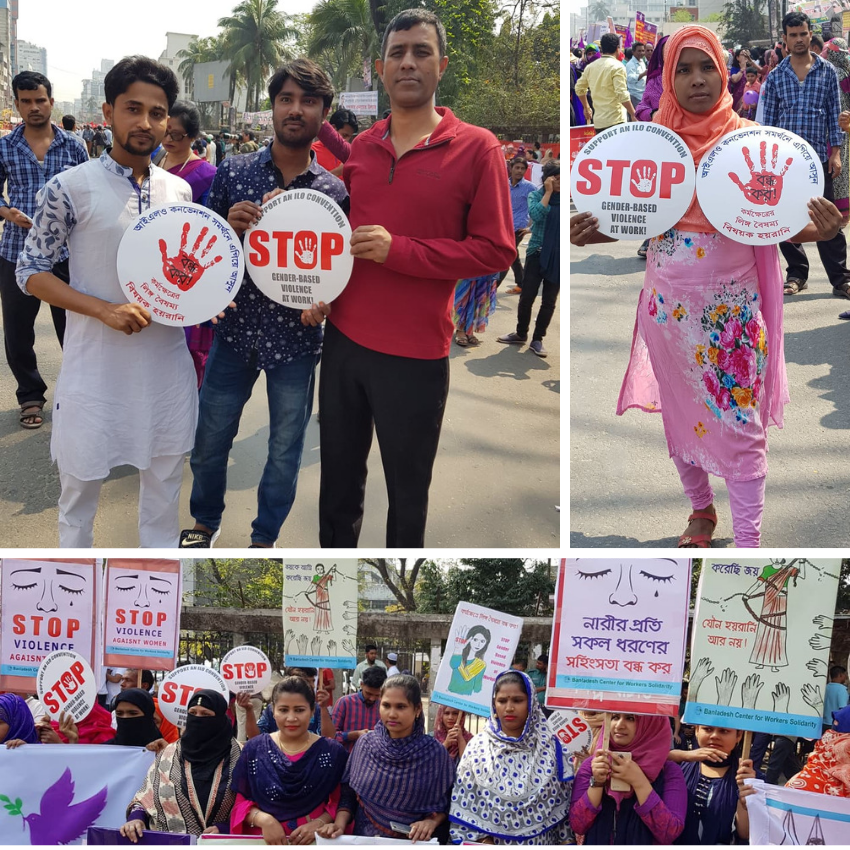 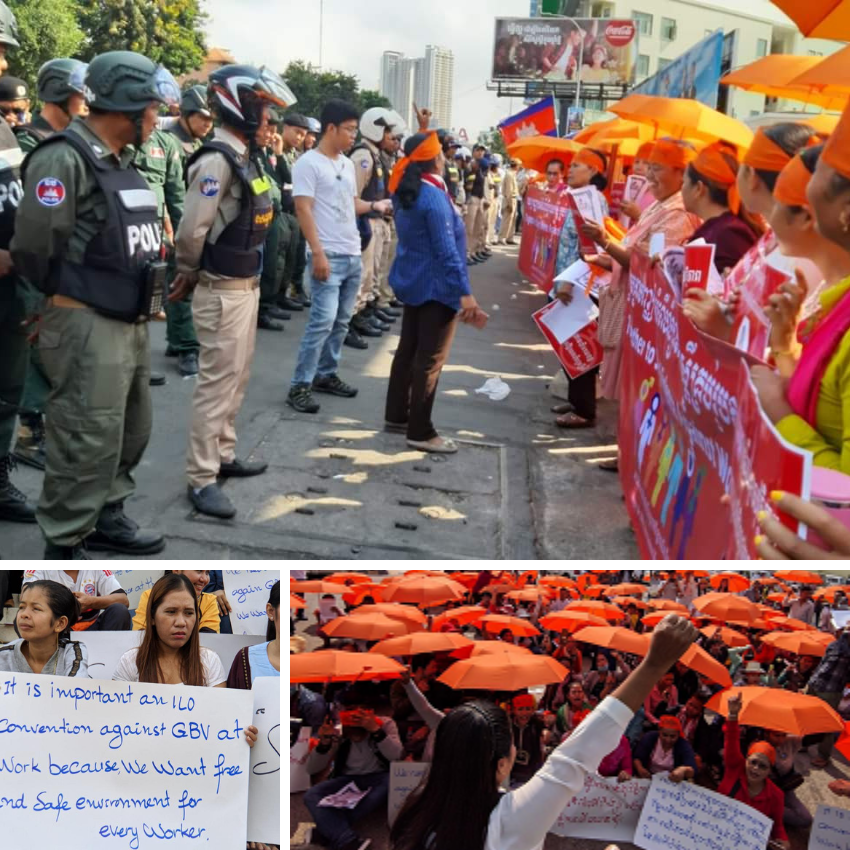 ILO Convention on Gender-Based Violence in the World of Work

It is time to create real, structural change, grounded in a critical analysis of the root causes and solutions to gender-based violence. In June 2019, the International Labour Organization (ILO) adopted both a Convention and Recommendation on Violence and Harassment in the World of Work. The historic treaty passed at the ILO’s centennial assembly in a 439-7 vote, with 30 abstentions. This is the first international standard specifically aimed at addressing these issues in the workplace for all workers – and it’s all because of the tireless organizing by unions and worker centers around the world.

ILRF has written on some critical elements included in this Convention: 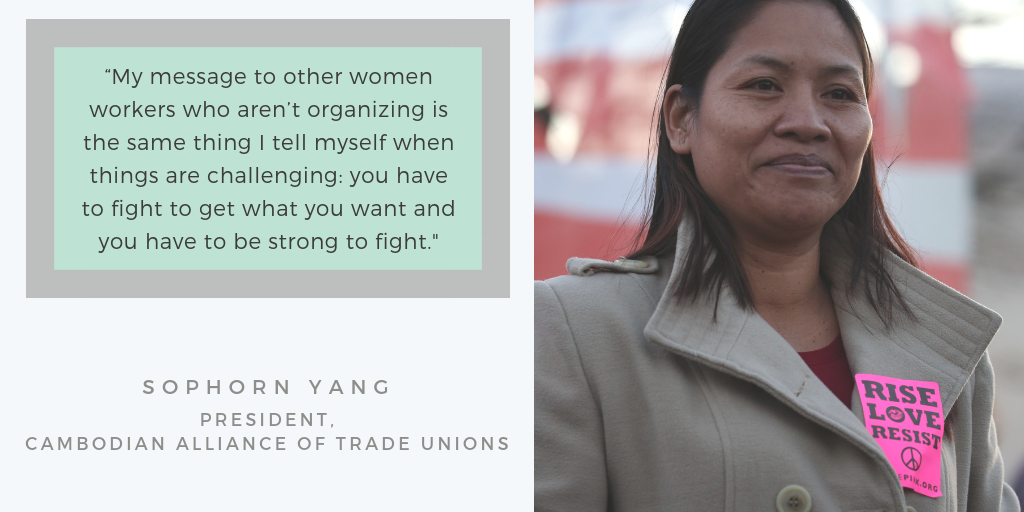 Gender-based violence is one of the most prevalent human-rights violations in the world. More than 35% of women worldwide have experienced physical and/or sexual violence and between 40% and 50% of women experience unwanted sexual advances, physical contact or other forms of sexual harassment at work. At work, as in society, GBV can take on multiple forms, including physical assault, including rape; verbal abuse and threats of violence; bullying; psychological abuse and intimidation; and sexual harassment.

People are increasingly recognizing that sexual harassment and violence is a fact of life for so many women, and that it is used as a tool to control and oppress women in the workplace. No longer is sexual violence solely attributed to strangers in dark alleys – now, there is an understanding that it is widespread across occupations, income levels, and geographies, and that the abusers can be powerful men, and even familiar men.

To learn more about gender-based violence and read ILRF's recommendations to companies, unions, and governments, read our policy brief:  Time for Change: Advancing Legal Protections on Gender-Based Violence at Work.

You can read some relevant ILRF blogs on the topic as well:

Stopping Violence at Work: A Victory, and a Call to Action

In Lieu of a Silver Bullet: #metoo in the Global Workplace

It’s Not Too Late, Ivanka 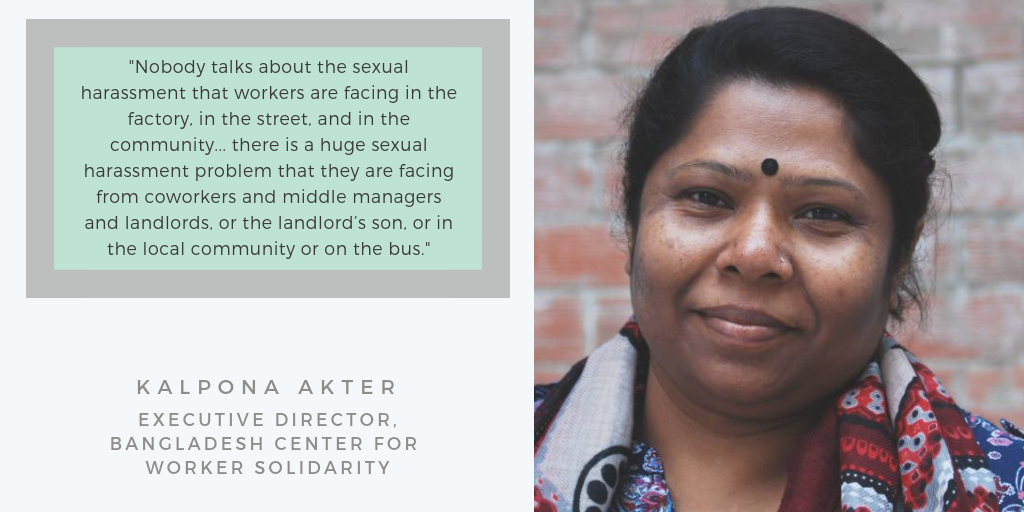