Each year, the ILRF Awards ceremony brings together policy leaders, labor activists, and an increasingly diverse group of internationalists who know that human rights and economic justice depend on the ability of workers and their advocates to speak out and defend human rights at work.

ILRF honors trailblazers, both nationally and internationally, for their innovation and visionary leadership in labor rights advocacy, from fighting for safe and just working conditions to demanding corporate accountability. Each honoree is a courageous domestic or international worker rights leader who is a) amplifying the voices of workers, b) standing against worker rights abuses wherever they occur, and c) driving labor or corporate accountability policies to improve workers’ lives. These impressive organizations and individuals are leading labor rights defenders in their own respective community, region, and/or country. 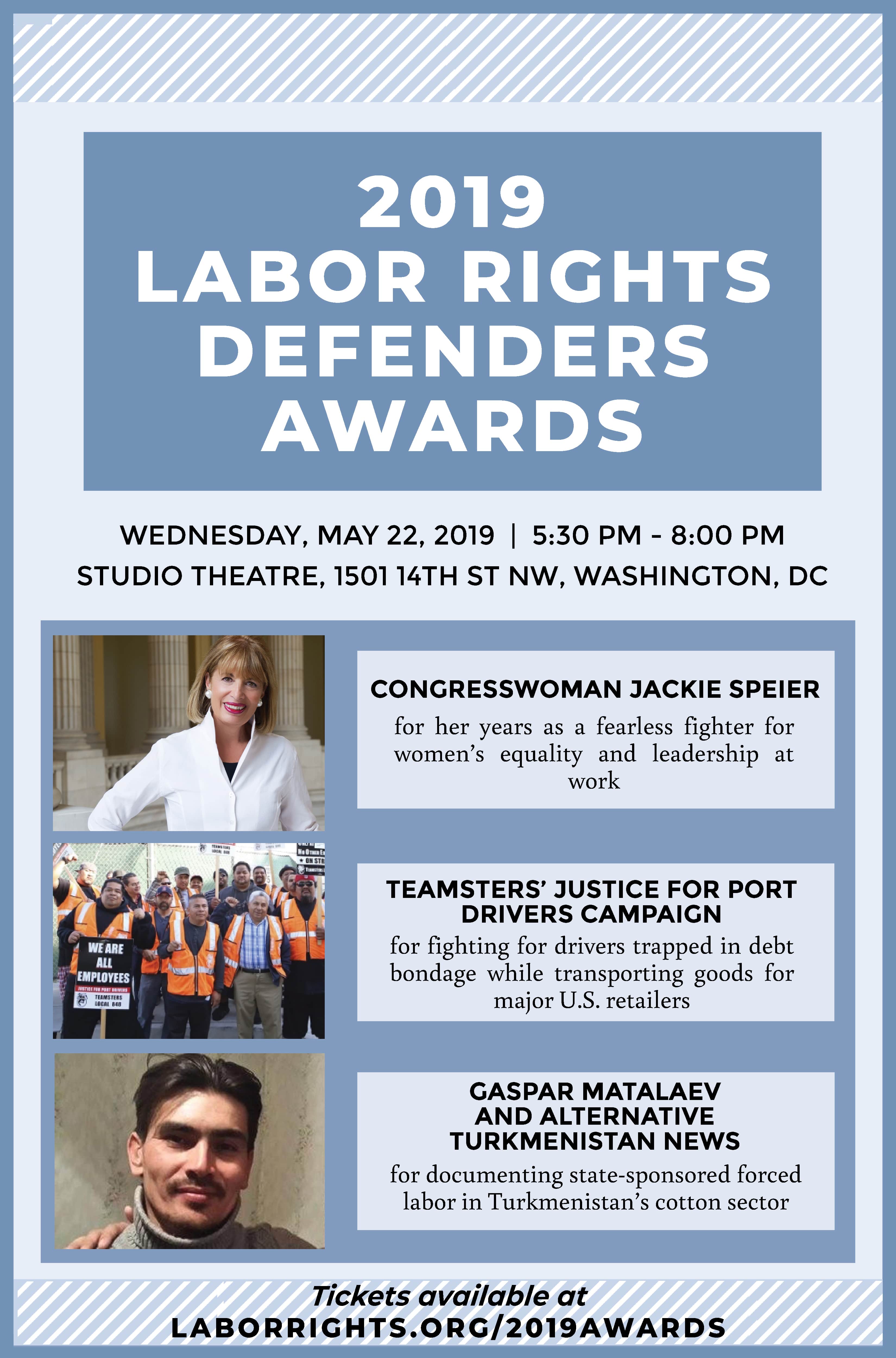 Interested in becoming a sponsor? Please fill out this form.

You can read more about our 2019 awardees here. 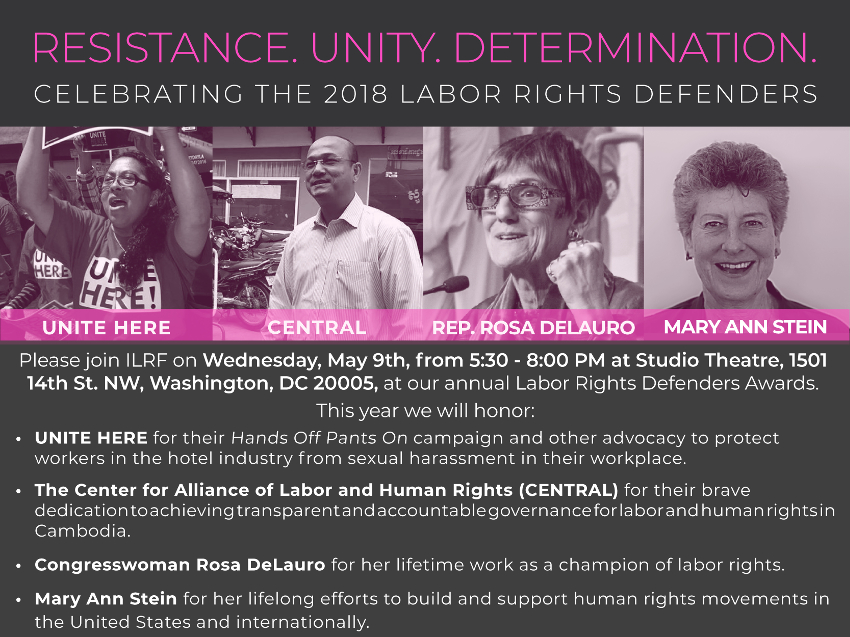 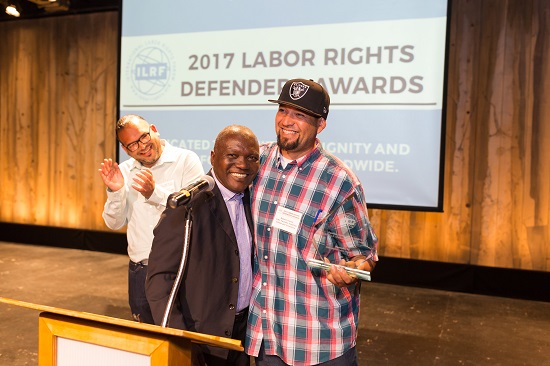 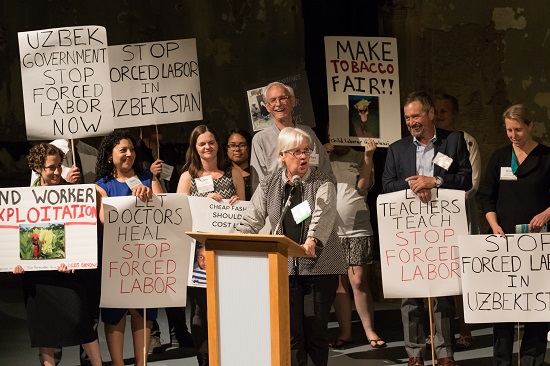 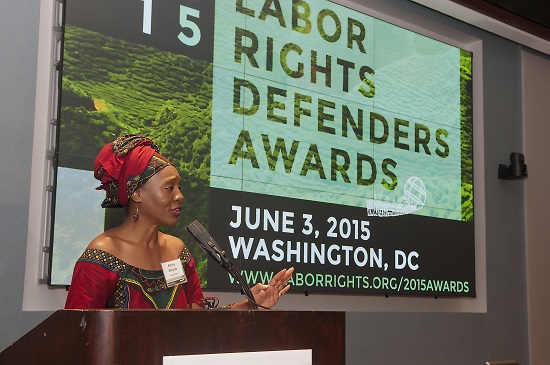 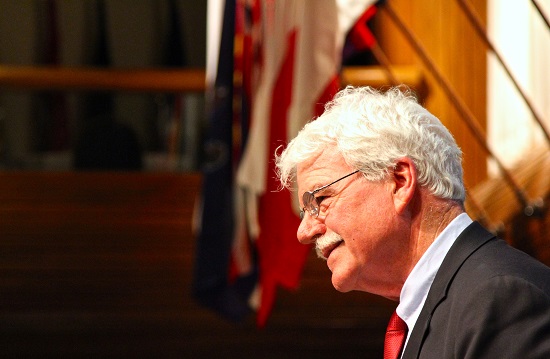 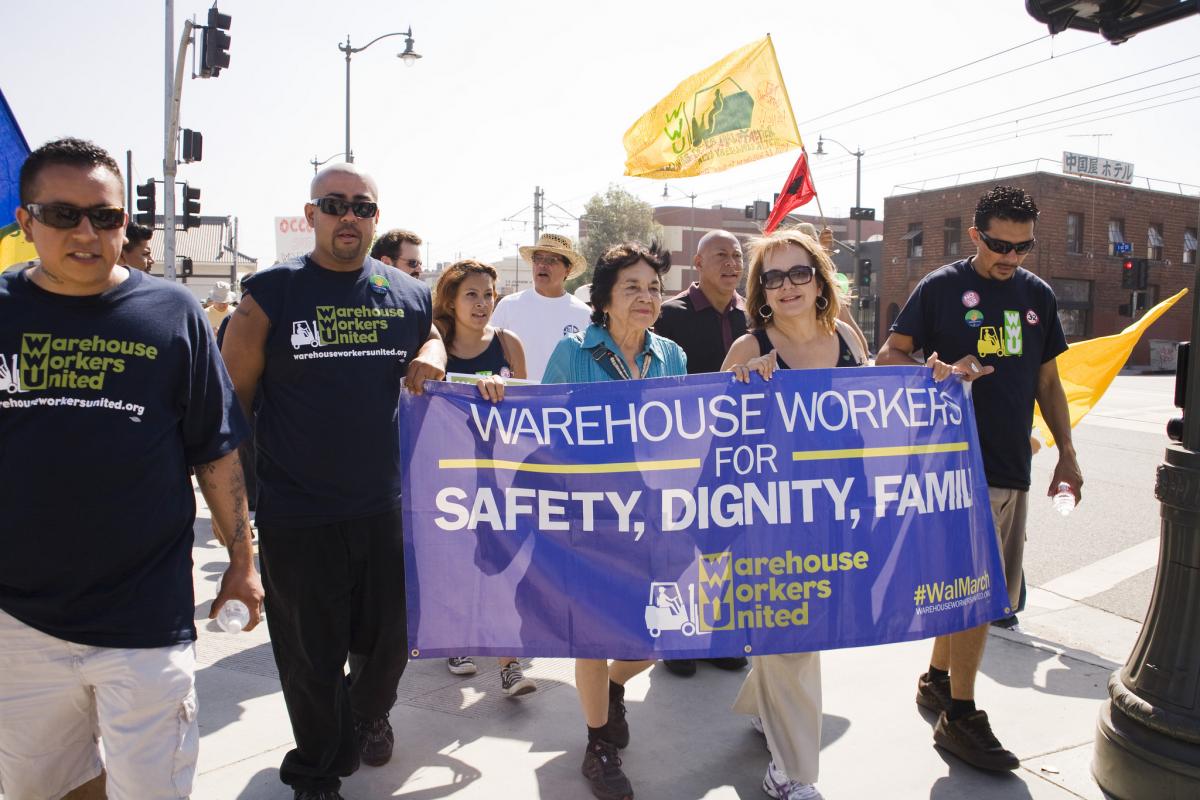 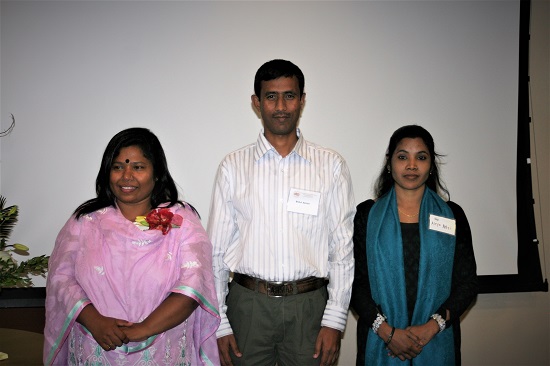 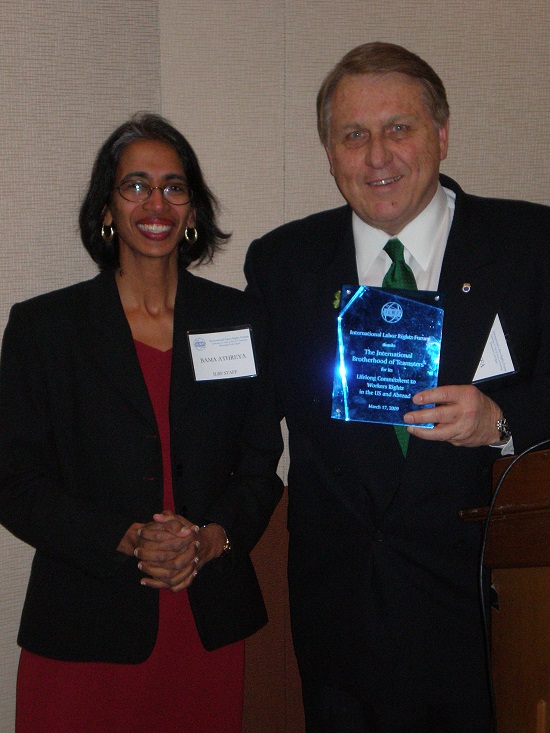